Greatness could be a curse for Guillermo Rigondeax. 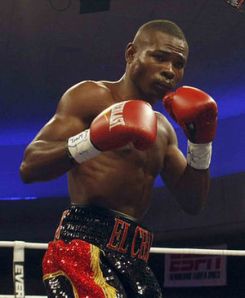 Sometimes being great at something could be a curse instead of grace. Legendary Dutch impressionist, Vincent Van Gogh died in obscurity in 1890. Today some of his paintings are considered priceless. It took regular folk sometime to understand and appreciate a true talent of exquisite Dutch painter.

Similar things happen in boxing. Fans never really appreciated the talent of Roy Jones Jr. because of the ease with which he dominated his opponents. Fans claimed that he picked and chose his foes, even though he dominated future hall of famers like James Toney and Bernard Hopkins. May be we will truly appreciate his greatness after he retires and gets inducted into boxing’s hall of fame.

Currently, former two time Olympic gold medalist from Cuba, Guillermo Rigondeaux is suffering the same fate. Guillermo was one of the most decorated amateurs in history of sweet science. Aside from two Olympic gold medals Rigondeaux won two world amateur championships as well as seven Cuban national championships. After a failed attempt to defect Cuba in 2007, Guillermo finally made it to the land of the free in February of 2009.

I remember watching Guillermo spar at the Wildcard Boxing Club in Hollywood, California during a brief stint he had with legendary trainer, Freddie Roach. I remember writing that Cuban southpaw was like a cross between Mayweather and Pacquiao, only his offence was more accurate than Pacman’s and his defense was more subtle than Floyds. I remember watching him knock out a solid featherweight contender in sparring with one crisp uppercut. Freddie Roach said that Guillermo is probably the greatest talent that he has ever seen.

Still fans have a hard time getting behind his talent because there is little competition during his fights; he dominates his opponents. Guillermo Rigondeaux epitomizes the essence of sweet science – to hit and not get hit. So, what’s the problem? The problem is he doesn’t get hit enough, he doesn’t take chances and he doesn’t face adversity. At least he hasn’t faced it so far.

Rigondeaux won his first legitimate world championship title in January of 2012. The Jackal knocked out Rico Ramos in the sixth stanza with a single body shot. Exciting, it was not. It was not competitive. Then Rigo dominated one of the top pound for pound fighters, Nonito Donaire in a unification bout in April, 2013. Fans were not happy it wasn’t a shootout. Networks were not happy. Guillermo felt disrespected by his promoter, Bob Arum for not being able to secure a meaningful fight following a signature win.

New promoter, Caibe promotions recently won a purse bid to secure Rigondeaux title defense against hard punching Chris Avalos from Southern California. But before they could even secure a date and a venue, camp Avalos turned down the fight in favor of other opportunities. Why? Isn’t it obvious?

Frustrations are mounting in camp Rigondeaux. At the age of thirty three his window of opportunity to shine seems to be slipping away. What can he do?  Guillermo’s most formidable challenge up to date Nonito Donaire demonstrated that he did not want a rematch by moving up to featherweight and looking at other opportunities. Another worthy opponent, a fellow super bantamweight titlist, Leo Santa Cruz recently called out Rigondeaux on Showtime right after winning his title defense. But Guillermo noted that it was just a news ploy since he never heard from camp Santa Cruz.

May be Rigondeaux should follow Donaire and move up to featherweight for better opportunities. And if Nonito declines a rematch, there is a fellow two time Olympic gold medalist from Ukraine, Vasyl Lomachenko who holds one of the featherweight trinkets. That could be the fight for the ages.

The Greatest Muhammad Ali had to face Joe Frazier three times to prove his greatness. Could Guillermo Rigondeaux find his Frazier?

Posted by igorfrank on September 29, 2014 in Articles by Igor Frank, Professional Boxing